ClearView Solar Glass With 9.8% Efficiency On The Way 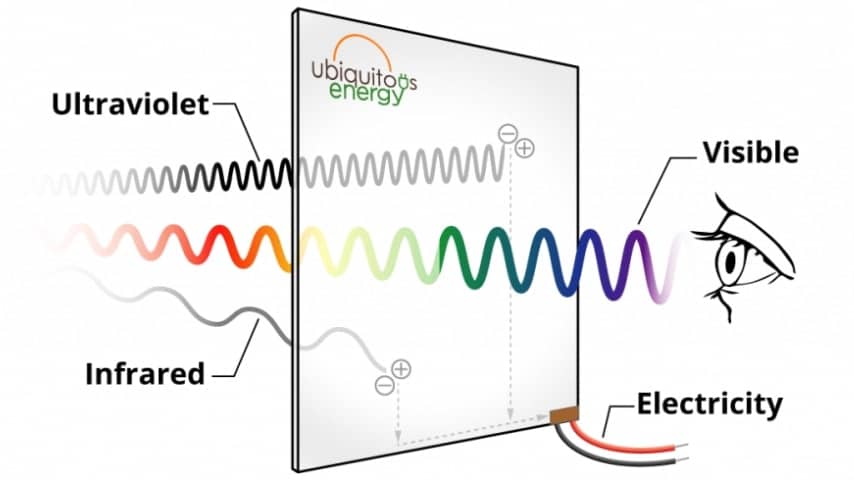 U biquitous Energy (UE) will join global glass giant, NSG Group to make their see-through solar glass. They agreed to bring UE’s ClearView glass to market. The focus will in fact, be on architectural window glass. They will share on going R&D, and tech support. The glass will have 38.3% visible transparency, while it will give an efficiency of 9.8%.

The see through film converts invisible ultra violet and infra red light to electricity. While it lets visible light come through. The solar film can be applied when the glass is being made. It is a Building Integrate PV (BIPV) product that in fact, will let buildings make their own power. The film also stops infrared solar heat too, as well as ultraviolet. So having a big impact on a building’s over all energy efficiency.

Stephen Weidner is NSG’s VP for architectural and technical glass products. Mr Weidner said that NSG had worked with UE for some time, and they liked the ClearView concept. With its ability to meet the high standards of designers, architects and end users. NSG feel that the ClearView product is different from other BIPV’s and is viable. On the whole, the architectural glass market looks for products that have 30-80% transparency. So ClearView comes in at 38.3% and makes it a good fit.

The CEO of UE, Mr Keith Wilson says that the firm is very happy to be with NRG. The market for this type of glass is big. The industry needs over 9 billion sq.m per year. That together, the two firms have already hit some key milestones.

ClearView Power technology is in effect the first transparent solar solution. It can use ambient light and turn it into power while not affecting looks. It does this by allowing 90% of light to transmit. While it gives nearly 10% of converted power from the light. The film is under 1/1000th of a millimetre thick. It is non toxic and low cost, it’s also just about invisible.