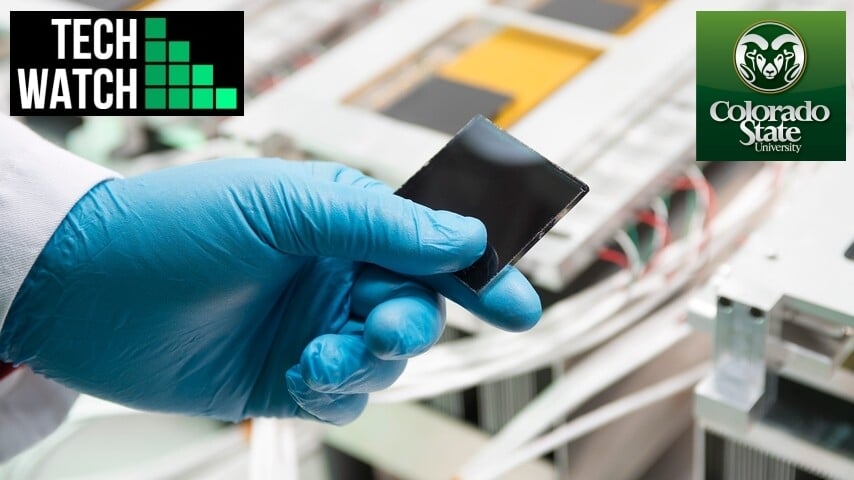 W e know PV solar panels use mostly crystalline silicon, the backbone semi conductor of nearly all electronic devices. However, over the last decade researchers at Colorado State University (CSU) have been trying to lower costs and raise output. They have had considerable success with cadmium telluride (CdTe) in the hope to replace silicon. Efficiency now at 22.1%.

CSU has also been working with researchers from Loughborough University, UK at CSU’s Next Generation Photovoltaics Center. Recently, they announced a breakthrough in performance using selenium with CdTe. However, they did not know why adding selenium to the mix had such a big impact on output. But it seems they have been able to solve this mystery by further research.

Until now they did not know why adding selenium pushes output to record breaking levels. The ratio of light input to energy output now stands at 22.1%. This is a level that almost rivals silicon. What the team found was that at an atomic level, the selenium ‘smooths’ out the cell structure. As a result, CdTe thin films are able to increase their output. They saw that when they apply the selenium, it does not spread across the CdTe evenly. Where the selenium concentrates, they saw a lot more light emitting from those areas. The upshot is that these areas emit not only more light, they make more power too.

The CSU team reported that their films use 100x less material than ‘normal’ silicon PV solar panels. This is both a major breakthrough in terms of output and cost. The film is much easier to make as well. So costs are lower on the manufacturing side as well. While the wavelength that the film absorbs light is almost ideal. In fact, in the Solar Industry, CdTe thin film solar cells already cost less than others. It is already getting under the cost of fossil fuel based sources around the world.

The National Science Foundation since 2009 has given support to CSU’s Next Generation Photovoltaics Center.