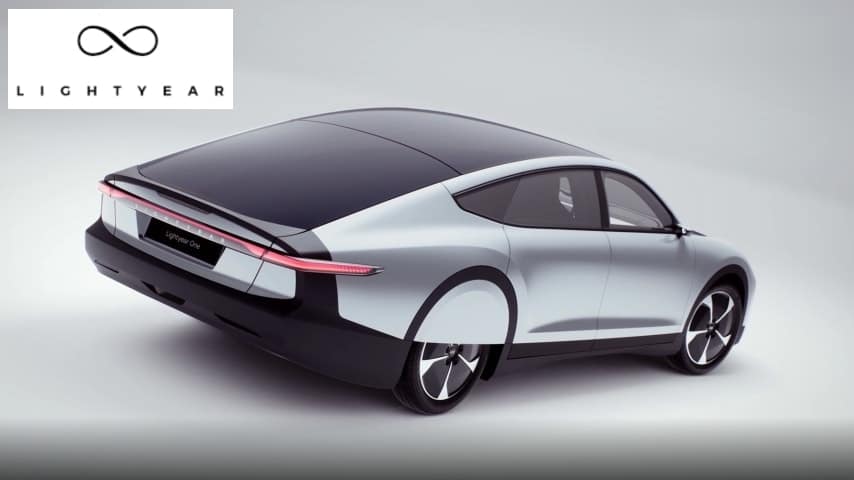 T he new Lightyear One long range EV from Holland, is the brainchild of members of the Solar Team Eindhoven. They came together in 2016 after they won the Bridgestone World Solar Challenge. Since that time they have won awards, grants and support from investors. They were able to get their first prototype up in only just two years.

The newcomer to EV ranks claims to have exceptional range as a result of breakthroughs achieved in efficiency. Lightyear One is engineering from a different, radical approach. Performance is the main driver behind its intense focus on high efficiency while retaining safety. The car has a longer range than its rivals, and can charge while it’s in the sun.

The whole project was from scratch and saw them toss the old rule book aside. The aim instead is to follow the laws of physics and squeeze the most from every last joule of power.

The range of the Lightyear One, is exceptional, with a WLTP cycle distance of 725km. The average range will most likely be 400 to 800km. Highway driving with the heater on will get you about 400km, and that’s a promise.

One look without checking the specs, will tell you this car has a great aerodynamic coefficient. In fact it has one of the best of any other EV on the market right now. The concept team revised the shape of the car to optimize airflow under and around the vehicle. Everything from the side mirrors, chassis, crash cone and even the luggage compartment has been optimised. Not only to look sleek but deliver big improvements in energy usage.

Looks are one thing, but the drive chain has been given the same unique approach. Its starts with the beautiful, sleek lines which compliments the car’s four wheels, in which it drives each one independently. This delivers the power to exactly where it should go. This is a big factor that gives the Lightyear One its long legs.

Weight is a problem for designers of just about anything, especially cars. The quest is to control it while keeping passengers safe. High level light weight materials as well as smart design, are visible in the Lightyear One. The car weighs less while sporting a capacious cabin area. Through its four wheel drive and smaller battery, means that it draws less on its power supply. So it’s through this methodology that it achieves such a great range.

The other good news is that the car can charge from any outlet in less time. In fact, you can fast charge 570km of power into it in under an hour. You can get 350km from an overnight charge out of a standard 230V outlet.

A battery on full charge and with its smooth, slippery shape will give an 800km range. So this is much more than you need to drive between Brisbane to Port Macquarie. The car has a 5m² solar panel which provides up to 12km extra per hour as it goes along. So what may start out as a drive from Melbourne to Canberra can go on to Wollongong or Cowra. It can do this while not stopping unless you want a coffee break.