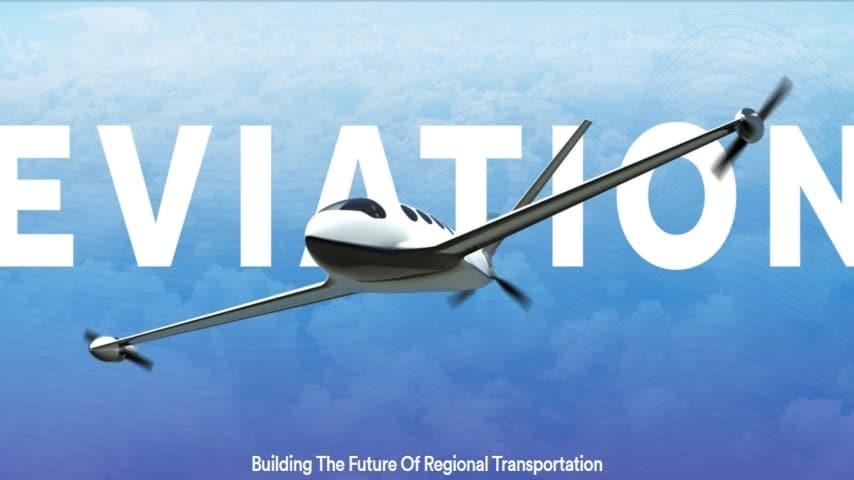 A lot of focus lately on electric vehicles (EV’s) has been on cars, trucks and buses. However, activity in aviation circles is also growing at a fast rate too. One of these is the beautiful Eviation ‘Alice’ all electric aircraft. It has a range of 1050km while cruising at 480kph, with less noise, zero emissions and low operating costs.

The new Alice aircraft aims for the commercial sector and has a commuter layout. Eviation Aircraft, its maker, has just unveiled it while at the 2019 Paris Air Show that was held this week. The firm is hoping then to have the aircraft ready for commercial use in 2022. But first it must undergo flight tests and get certification by 2021.

As an aeroplane, it has beautiful lines, it can seat nine passengers while able to cruise at 480kph (260 knots). It has a range of up to 1000km (650 miles) and a cruising level of 3000m. Being all electric, it has so many advantages such as low running costs and zero emissions for a start.

CEO is Mr Omer Bar-Yohay says that Cape Air in Massachusetts, will in fact be the first customer. He mentioned the incredibly low cost of operating the aircraft, coupled with less noise and zero emissions. It will redefine regional air travel around the world.

With the world moving toward cleaner, more efficient vehicles to transport us around, aircraft like this are leading the way. The 2018 yearly estimate of air travel by the International Civil Aviation Organisation, show a 6.1% increase over 2017.

It’s both fast and comfortable, its base is an all composite structure with high aerodynamic and propulsion efficiency. Passengers will enjoy a high level of flight stability too.

Being an all electric aircraft, it is sustainable, has low noise and zero emissions thanks to its distributed propulsion system. There are three pusher propellers, the main at the rear and two on the wing tips. The beauty of these is they not only boost power but help to lower drag and improve efficiency.

The Eviation Alice design layout is 2+9 so it complies with FAAs’ FAR 23 for commuter and on demand operations.