It’s been a rapid ride since Growatt began in 2010. They have branches in the US, Germany, Thailand, Australia, India and three branches now in Europe too. So they now have an extensive network around the world, providing first class support for their inverters. With Growatt, buyers can expect a high level of quality and reliability, resulting from their extensive R&D into inverter technology. At the end of 2018, Growatt had shipped more than 1.2 million inverters to more than 100 countries. They are now a firmly established company globally, and have a solid presence in Australia too. Growatt latest model is MIN 2500-6000TL single phase Inverter. And if you after a 3-phase inverter - 3000-6000TL3-S or Growatt 4000-6000UE will do the job.

This is the latest model from Growatt’s Smart Inverter Solutions for your rooftop solar PV at home. The MIN series is a beautiful, compact design that unlike some other inverters, has an easy to use touch button. This is so you can find out what your system has been doing, quickly. While it is a pleasure to use, it has a great efficiency level of 98.4% too. 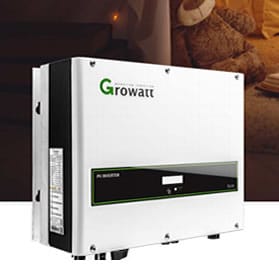 This is the latest 3 phase solution based upon the well-tested Growatt “UE” Series inverters, for your residential PV solar. Like the earlier model, they’re easy to install and to use. They also have WIFI too, so you can see at a glance to remotely monitor your system. It has an increased efficiency level too – up to 98.4%. So you know you’re getting as much as you can from your PV system.

This is the tried and true 3 phase solution for your home PV solar system. It’s easy to install and to use, and has WIFI as well, so you can remotely monitor your system. It has a 98% efficiency level too, so you will be getting the maximum from your system. 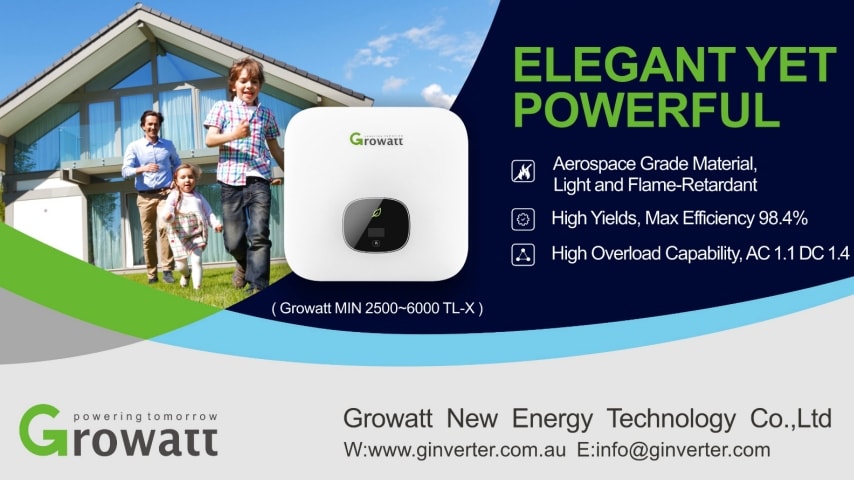