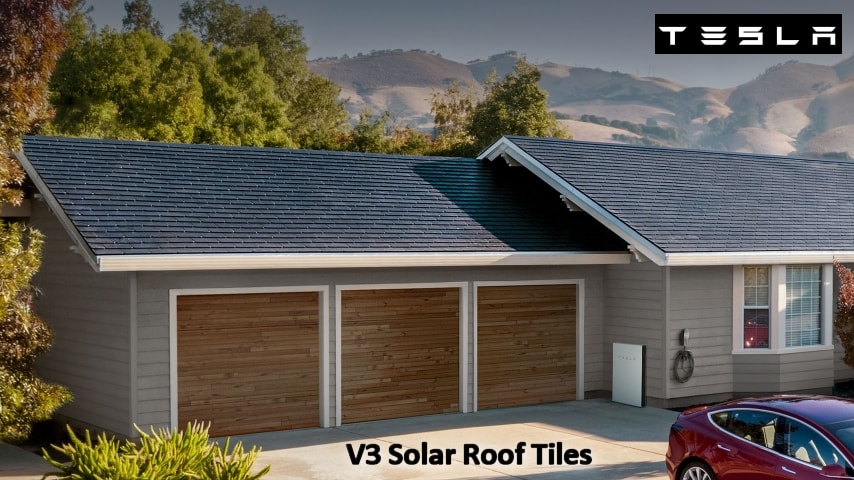 T alk has it that Elon Musk is ramping up production of Tesla’s new Version 3 Solar Roof Tiles. They are working to push out enough for 1000 homes per week. The uptake of the earlier V2 type did not meet forecasts, so they are back with a new better, model. Now with a 23% efficiency rating...but can we get them in Austrlia?

All the details are still not clear, but this new series of tile will see more power and lower cost. Earlier solar tiles have efficiencies of about 18% and are costly in comparison, according to reports. Originally there were four styles, Tuscan, Slate, Smooth and Textured, but only the Textured type made it on to roofs. Tesla says that the other styles will now be available to help boost uptake.

Since the earlier tiles came about, Tesla now makes them in its new Gigafactory 2 in Buffalo, New York. What Tesla had in mind at the start, was to integrate both solar and roofing industries. The process to develop these tiles has been slow and costly. They were after a longer lasting roof material that also could turn out PV power too. It seems they are very close to that now.

Earlier versions of the tiles are practical, but have a “LEGO” block appearance, which is not necessarily what customers want. So, Musk and the team set about to keep the benefits of the “block” system, but change the look. They are hoping that this, higher output and lower price, will get more people on board.

There are other hurdles too that they must deal with like certification by worldwide authorities. But perhaps just shaking up customer's perceptions is vital as well. Getting the building industry to fully embrace this technology may take some time too. But, this recent news shows that Tesla has not given up on its vision for a total energy solution.

Things have changed since we last had a look at Elon’s solar roof tiles...

Homeowners can take advantage of solar without needing to change the look of their home with Tesla’s Solar Roof Tiles.

Back in 2016 Tesla and SolarCity jointly announced the long-awaited launch of the Tesla Solar Roof. At that time, it was hoped that this would become the new solar system of the future. However, bring us forward to the present day, and this has not happened. Many people think the idea is novel but don’t really know much about it, or how much it would cost to put on their home, or even if it’s worthwhile. We’ll take another snapshot of the famed Tesla Solar Roof and you can decide for yourself it’s something you might want in the future.

When can we get Tesla Solar Roof in Australia?

The Tesla Solar Roof takes the idea of standard solar panels and merges them into your home’s roof. The obvious benefit is the appearance of your home is not affected in any detrimental way, while making your own power.

It must be noted that at this time, the Tesla Solar Roof System is not sold in Australia. But if it did, going on what Teslas says - a 6kW Solar Roof would cost between $55000 and $70000 before any financial incentives deducted, and not allowing for any specific costs that your home may require to perform the installation.

The approximate cost of Tesla Solar Roof tiles is quite high - AUD$3.50 per watt, which is way above what might be expected in the Australian market. So, at this time it would be reasonable to expect a Tesla Solar Roof System to take many years to pay down. There is also the question of reliability and warranty support, which could be an issue in future years. However, the same can be levelled at many products sold in the Australian market.

What actually is the Tesla Solar Roof System?

Its commonly accepted that one of the main problems homeowners have about solar PV panels is their appearance. This is where Elon Musk, the Tesla CEO, launched the latest Tesla gizmo in 2016, making confident predictions that the Tesla Solar Roof System was the way forward for domestic solar power generation. Sadly, no SpaceX here as yet.

The main aims behind the product were to integrate the energy aspects of solar panels into roof tiles, so that the homeowner could save money without affecting the look of the home.

If a homeowner wants to have the Tesla Roof Tile System installed on their roof, calls in essence for potentially the whole home to be re-roofed. Some of the tiles are “active” solar tiles, while others, the “inactive” tiles are there to build the roof in areas where the active tiles cannot be placed, i.e., the end sections, for example. Then of course there is the Tesla Inverter to cap off the system.

What will a Tesla Solar Roof set me back?

As mentioned earlier, it’s not available in Australia yet, but if it was, you can likely expect to part with between AUD $55,000 to upwards of AUD$70,000 for the installation of a 6kW Tesla Solar Roof. This is a massive cost compared to what a conventional system of the same output would cost. The tiles themselves may cost about AUD$23,000, but then there are the other requirements that will be necessary for what is in essence, a totally new roof. The technicians required for that will unlikely be certificated to perform all the installation tasks, making this a very expensive exercise, with multiple trades involved.

What is the life expectancy of a Tesla Solar Roof?

This is where there may be some good news. The actual tiles are very well engineered to provide a very durable product. In the USA, they have a” class 3 hail rating” and are the highest rated against fire hazard. So, if nothing else, they are tough.

Then there is the 25-year product warranty which covers the actual performance of the solar tile and also its ability to withstand the elements as a normal roof tile would be expected to do. The warranty for the power generation side of things is now about on par with many mid-level conventional solar panels, so although good to have, it’s not that unique.

So, in closing, a great idea that really has stalled on the launch pad.