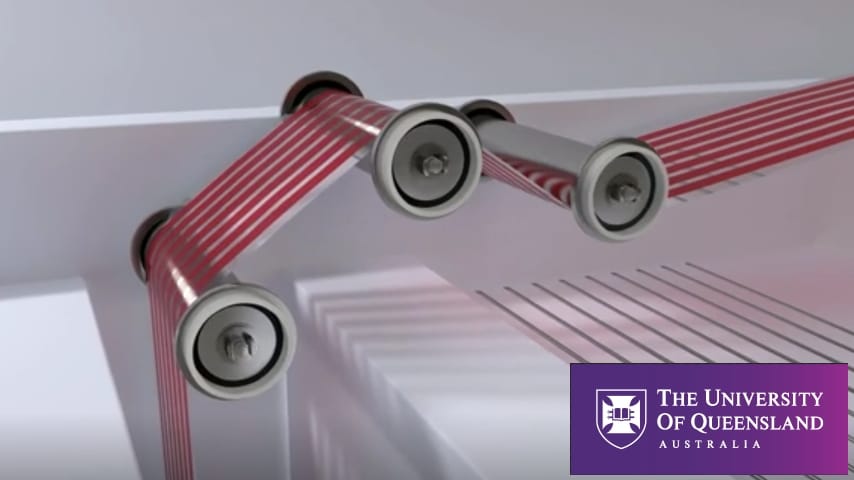 Q uantum Dot Technology developed by the University of Queensland (UQ) produces a significant breakthrough in solar energy production. Their work with nano-particles, “quantum dots”, has seen them break the world record for solar energy conversion to electricity. This puts the technology one step closer to being a reality in our lives, saving us money and CO². “Quantum dots” even work in low-light conditions.

Traditional solar cells are rigid and expensive, whereas the UQ's ‘quantum dots’ are flexible and printable. The team at UQ is led by Prof. Lianzhou Wang. He says that this research could play a big part in the global energy mix. It opens up a vast range of possibilities. The ability to provide a transparent power ‘skin’ to cars, boats, aircraft and wearable tech devices, is huge.

One of the previous obstacles bugging the progress of ‘quantum dots’, was their surface was rough and unstable. So, the UQ team devised a different strategy to overcome this problem. As a result, they were able to achieve much higher efficiencies.

What’s more is the new technology easily adapts to current commercial printing methods, and this in turn reduces the cost. Prof. Wang says that the 25% efficiency gain over previous efforts effectively makes up the difference with traditional solar cells. He says, the prospect that this could become commercially viable is exciting.

The UQ Vice-Chancellor and President Prof. Peter Hoj AC, also congratulated the UQ team. He says that harnessing the power of fundamental technologies, to improve or replace them is a UQ focus. The world needs to get CO² emissions down rapidly, and needs to invest much more in research to do this. So printing some solar may actually become the next craze?

I've been in solar since 2008 and helping people from the Gold Coast to Brisbane and up to the Sunshine Coast - to get the best from their new solar installation. If you've got any questions - drop me line! Scott.