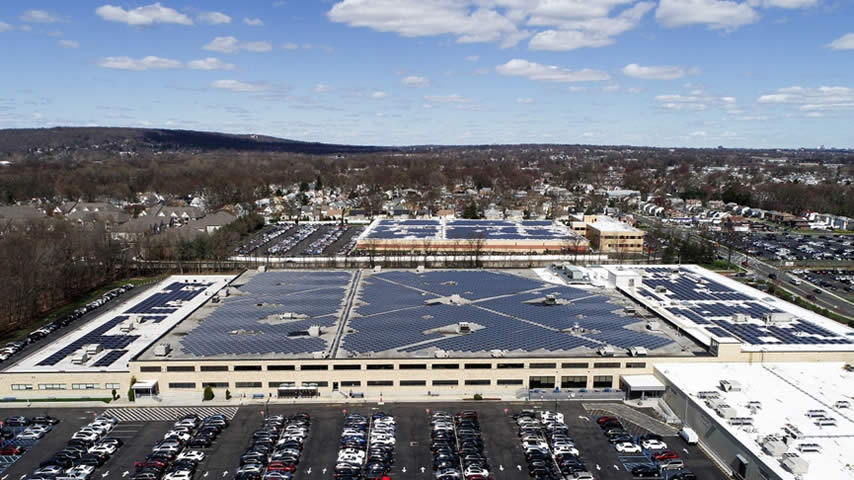 B ed Bath & Beyond (BB&B) and SunPower first came together in 2010. At that time, BB&B's main office in Union, NJ, got a 1.2MW PV solar system. Nearly ten years later, and after installing more than 21MW at its 41 sites over 6 states, they want more. This time, a 500kW system again at the firm’s head office.

SunPower’s EVP and GM, Commercial Solar, Nam Nguyen praised BB&B’s ongoing commitment to renewable energy, calling them a “visionary partner”. He said more firm’s across the US are turning to lower cost solar, while SunPower has just what they need. Complete PV solar solutions giving the max value to these clients. Until now, BB&B’s solar has a total output of over 125MW, but has offset 88,000 tonnes of CO² as well. While 1.4M tree saplings growing for ten years would capture the same amount of carbon. Over the 25 year life of these systems, they will make over 1 Billion kWh’s of power.

BB&B had risen to 12th for solar PV corporate users in the US, by 2017. This year is the 10th ‘BBBearthday’, which celebrates this ongoing success story between the two partners. Clearly, this continued investment over the last decade shows BB&B’s faith in solar PV and in SunPower. Over this period, SunPower has monitored all BB&B’s sites in real time. The public can see this data, so to learn more go to https://access.sunpower.com/BBBearthday.