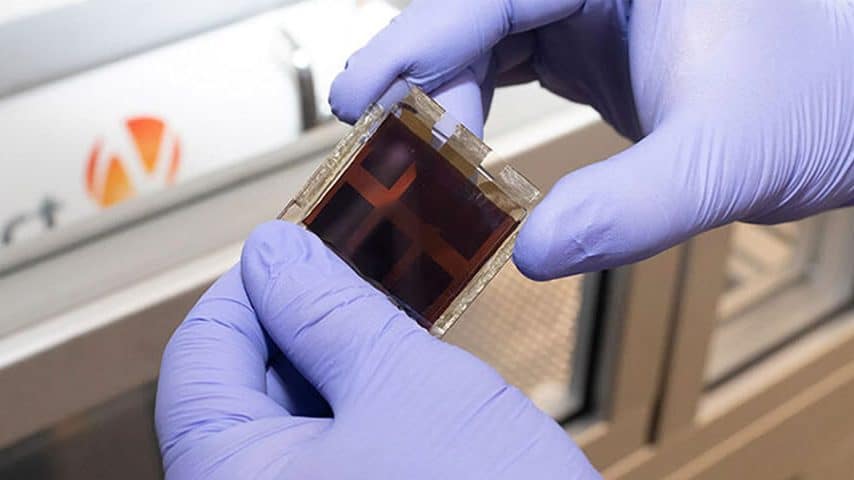 wo US-based solar innovation firms have merged to form, what is hoped to be a new and exciting direction in solar cell production. The companies are 1366 Technologies (1366) of Bedford, Massachusetts, and Hunt Perovskite Technologies (HPT) of Dallas, Texas.

They have named their new company CubicPV, this alludes to the shared cubic crystal structure of both perovskite and silicon. As a result of the merger, CubicPV will also receive a $25 million boost in funding from Hunt Energy Enterprises and other investors.

1366 announced recently that they also plan with investment from the Bill Gates backed, Breakthrough Energy Ventures, to build a $300 million a 2 GW solar wafer and cell manufacturing plant in India, with assistance from the Indian government.

What is Tandem Technology?

So far, the solar industry has largely relied on single junction PV technology (which is the use of only one material that absorbs light). Silicon is the most used material, to transform sunlight to electricity. 1366 has developed a new process to produce high quality silicon wafers using much less time, energy and waste. It’s a breakthrough. See how it’s done, nifty.

But even so, great as it is, this technology is now reaching its maximum efficiency of around 24%. This is where the combined use of silicon as the base is complemented by a Perovskite layer sitting above (this is another light-to-power transforming material), to create a “Tandem Cell”. This is a multi-junction outcome – where the total output of such a cell can improve panel efficiency by around 30%.

Perovskite has the capacity to vary the amount of sunlight it absorbs, making it very flexible. The bottom silicon layer is arranged so that it takes up the infra-red part of sunlight. It’s possible to harness a wider spectrum of available light.

Perovskite has been a hot topic in solar research for some time. It’s a very low-cost material but has been beset with problems relating to its durability. HPT have taken significant steps forward in addressing these issues. HPT now has over 160 patents for its technology. Perovskite efficiencies are now close to that of silicon. HPT has now gained the confidence necessary to take the technology to the next level and hence the team up with 1366 to produce Tandem Cells.

It’s hoped that the combined factors of lower cost, good product life expectancy and much higher efficiencies will drive the firm to dominance in the future.