Aussie Startup First With Portable Solar “Pods” that can be relocated. 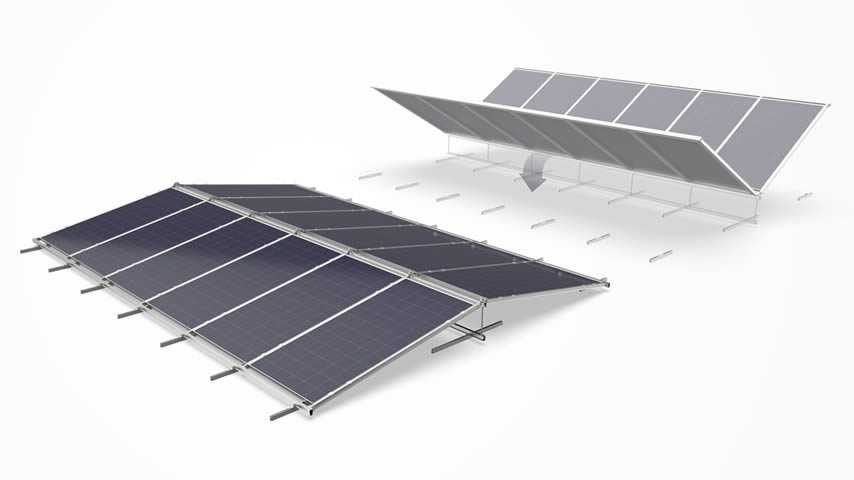 S olpod, is a new firm that has jumped in with a great idea for PV Solar, that can be relocated. Many businesses want solar but have not gone ahead because of problems when they move premises. So the people behind Solpod came up with the idea for pre-fabricated solar “pods”.

The concept is simple, but also cost effective, so they can install solar without holes in the roof. The method of fastening the ‘pods’ to the roof is by an extremely strong foam adhesive. This means that there is no metal to metal contact too, so it stops corrosion. We haven’t seen what they use on other roof types, but there are many steel deck roofs out there. So more than enough to get this project rolling. There are big savings in labour, but much less disruption on site too.

The ‘pods’ are in fact, roof mount parts that form to take 12 x 72 cell modules. These are the larger type or ‘tall’ panels as we call them. At the moment they are using JA Solar 380 watt, but they can change them any time to something else. They also have a smaller, two panel model too, for tight spaces and roofs with odd geometry.

The guys at Solpod say they can install a 12 panel ‘pod’ (4.56kW) in around ten minutes. I’d guess that would be for the actual installation of the “pod” itself to the roof. They would likely need more time to prepare the roof, so the adhesive bonds properly. Still, it wouldn’t take that long compared to the usual fastening methods. They assemble the 'pods' in a factory so there is very little to do on site.