Growatt Powers Its Way To The Global Top 10 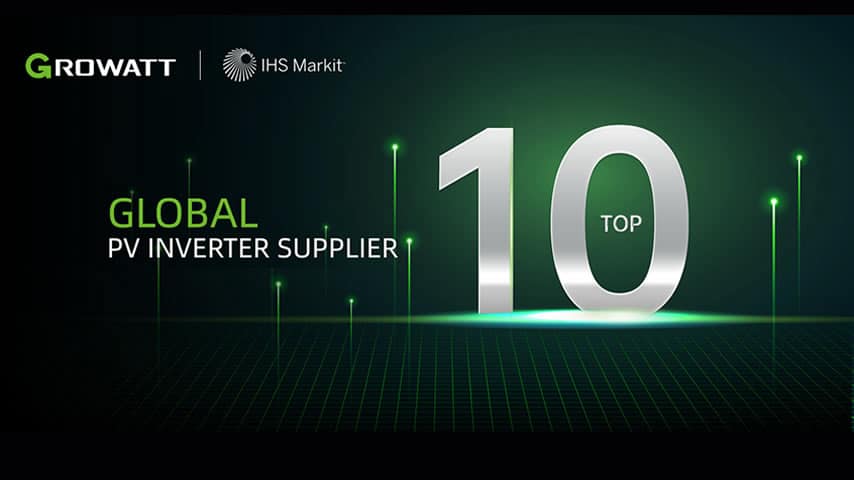 espite the pandemic, worldwide PV inverter shipments actually increased by more than 35%. This is according to IHS Markit’s Market Tracker that follows the global movement of solar products. This growth pushed and cemented Growatt’s position as one of the world’s top 10 brands

2020 was a very good year for Growatt where it became the biggest Chinese-based manufacturer of PV inverters and finished ranking 3rd in the world. This is arguably due to its competitive advantages based on the high level of trust in its products and solutions in the marketplace. This is especially in mature markets such as Australia and in Europe. Brazil is increasingly on Growatt’s radar too.

The firm is also positioned among the world's top 5 suppliers of 3-phase string inverters too. This is for both commercial and industrial solar PV ventures.

The company has since it began, deployed a continuous localisation and product innovation strategy. There has been a big emphasis on their service support network which has helped cover issues resulting from Covid-19.

2020 saw the release of the “X Series” inverter that further improved the product, making it more compact and with a sleek design. Additional useful features and functions were added in too. By the close of 2020, Growatt had shipped to more than 100 countries, over 2.6 million inverters. The firm has been very happy with the reception their new products are getting in the marketplace.

It’s clear from the results, that they are doing something right.

The firm now has 20GW of annual output, this has been made possible thanks to the newly revamped 200,000 m2 production plant they constructed in Huizhou, China. This gives Growatt the additional capacity it needs going forward, plus provides higher levels of production control which it will need to maintain and grow on its excellent 2020 results.