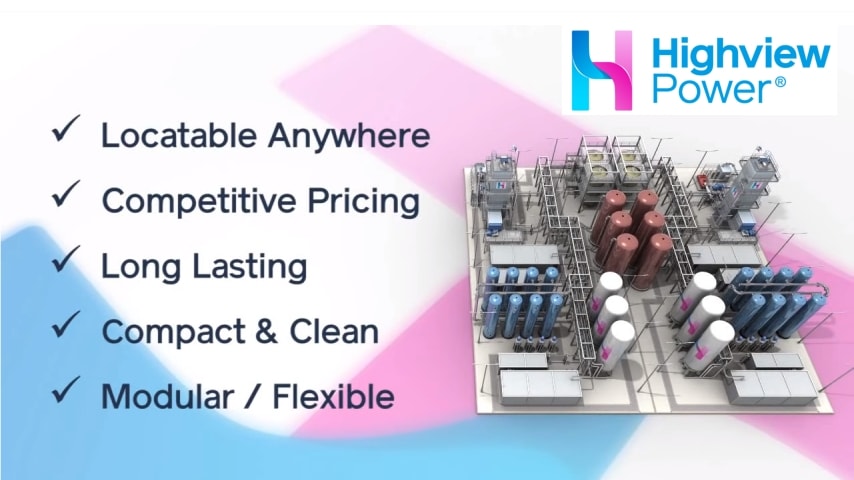 L ong term energy storage firm, Highview Power has further developed its cryogenic energy storage system. The idea first started in the 1970’s and is now cost effective. It springs from the need to store clean energy from various sources, to create a continuous power platform. It can now take a multi gigawatt charge.

The day of Cryogenic Storage is here, as Highview Power takes out the 2019 Ashden Award for Energy Innovation.

The CRYOBattery system as they call it, can now scale up so it can hold a multi gigawatt charge. Highview have got the costs right down too, so there is a low Levelised Cost Of Storage (LCOS). They are able to get it to around USD$140/MWh over a 10 hour period for a 200 MW/2 GWh installation. The beauty of this system is that it can also give back up to electricity grids at large scale. So this achieves a major goal to create a stable energy platform.

The President and CEO of Highview Power is Mr Javier Cavada. In fact, he believes we are at a turning point in how we handle and store renewable energy. One of the main problems with renewable energy is that its supply is intermittent. Both solar and wind can be unreliable, or produce only at certain times. Highview’s liquid to air storage tech can now handle baseloads dealing with gigawatts. Mr Cavada says that this tech is now mature and cost effective.

It is truly taking energy from the air, sun and wind.

The CRYOBattery system takes in air, cleans and dries it, then cools it to -192°C. The air then becomes a liquid which they can store long term. Renewable energy powers the cooling and storage process. To release the energy, they expose the liquid air to ambient temperatures which cause a 700x increase in volume. They use this massive expansion to drive turbines to generate electricity. It does so without any combustion.

Rival technologies such as compressed air and pumped hydro power, in fact take up a lot more space. Whereas the CRYOBattery has a much smaller footprint, so it can be put in more places. The process does not use any harmful materials at all.

Highview have been working on control systems too, so that the technology can integrate with existing power grids. Their BLU controller manages the three fundamental areas of flexibility, response and efficiency.

The firm is now working with Finnish company, CITEC to enhance the system further to make it modular. So a smaller 50 MW setup can then easily scale up to gigawatt capacity quickly.