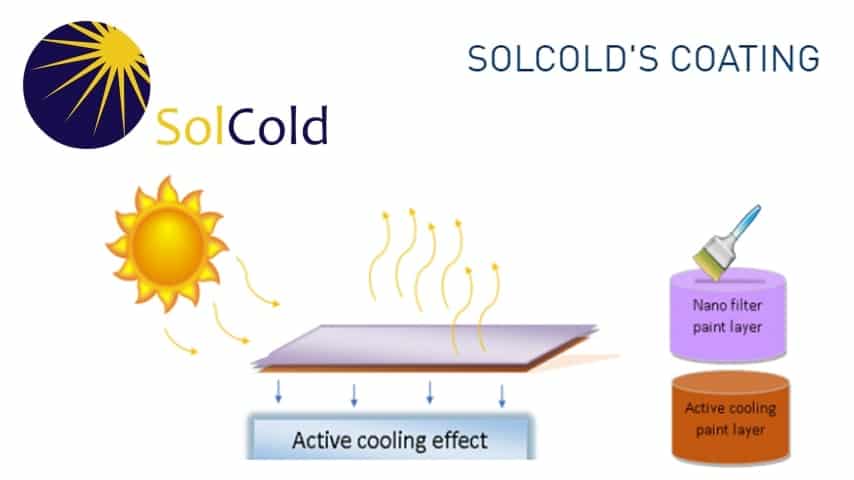 D id you ever think that the Sun’s heat could actually cool things down? Imagine buildings that can reduce the energy to cool them by 60%! Well, that’s exactly what this new tech under development promises to do. The uses for such a concept are enormous and so are the cost savings in energy.

Inventor Yaron Shenhav first came up with the idea while sweltering in a hot apartment with poor air conditioning. This is when he thought whether the Sun’s heat could actually work in reverse. He teamed up with Hebrew University’s Prof Guy Ron and Gadi Grottas to prove his idea could work.

The tech first took its form from the principle behind laser cooling. This where a laser can direct a beam on certain materials and so cool them by up to 150°C. The laser light is of a certain frequency and the material it hits sheds an even greater amount of energy. So it’s this energy loss that creates the cooling effect.

What he was thinking was, what if you could use sunlight to achieve a similar, broad effect? The notion of creating a coating or paint with these properties then came to be. But the paint would need to filter the sunlight to allow only certain wavelengths to pass through. Just like the laser only emits a specific frequency of light. The paint would need to allow only the desired type of light to touch the sensitive material to activate it.

What they came up with was a paint with two layers. The top layer performs the filtering function only allowing certain light to pass through. While the bottom layer does

the heat to cool conversion. When testing the concept they were able to show that the target material did cool down below ambient temperature. In fact the more light and heat, the greater the effect.

So far, the testing shows that they can cool the top floor of a building by up to 10°C. Its easy to see the possibilities to save huge amounts of electricity. The paint itself is non toxic and enviro friendly, plus it only uses sunlight to work. Where there is sunshine, there is cool. In winter time the effect is still there, but not as much because there is less sunshine.

The coating has space and military applications too. The paint will work the same in space and the coating affects the infrared properties of items that have it. Even clothing and textiles can use the tech to control or shed heat. Initially, the paint will be dear, so its looking to be around USD$300 to coat 100 square metres.