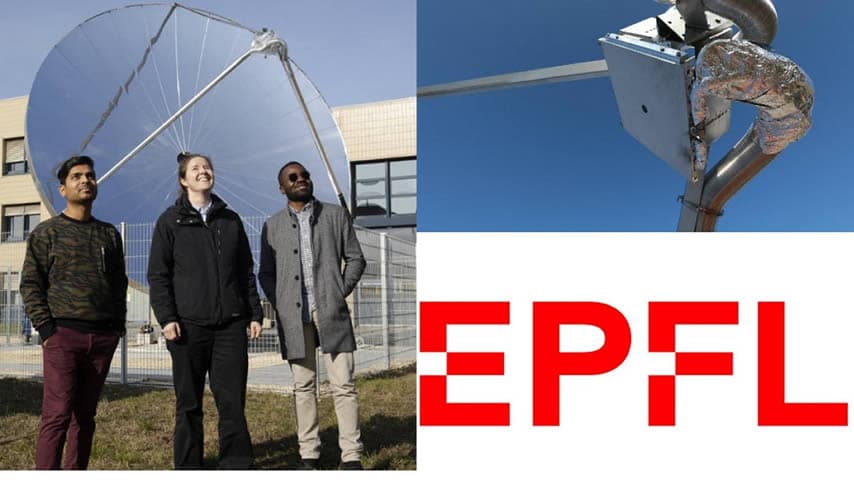 S cientists have created a way to make large amounts of hydrogen using intense sunlight. According to reports from the EPFL campus in Switzerland, they are able to do this at low cost. The project has now moved to the next level, with a pilot test bed now operating on campus. So far, it looks promising, and is exactly the kind of thing we need to reduce reliance on fossil fuels.

Hydrogen is volatile, but if they can make, store and use it safely, then that would be a major breakthrough. However, it must be able to be made cheaply if it is to be a viable alternative. A research team at EPFL is working to ensure it will be major clean energy source in the future. And they believe they can defeat the cost barriers.

The scientific team is led by Sophia Haussener, Saurabh Tembhurne and Fredy Nandjou.

The team is using concentrated solar irradiation and chemicals to split water molecules to create hydrogen. The materials used for both the solar cells and catalyst, are very costly. But the team’s methods use less of them, and give a high yield of hydrogen. How they did it was to develop a photo – electro – chemical process that they can use with intense solar heat. They have been able to get a conversion rate of 17% of solar power to hydrogen. The process is quite stable too and adjusts with daily solar variances. The process is multi step, in that it takes off heat that catalysts use to make hydrogen in several phases.

The team is fortunate to have been able to access the LRESE solar simulator to show the device was stable. The results were so good that they were able to justify a scaled up version using a large parabolic mirror. The mirror is seven metres in diameter and concentrates solar irradiation to a factor of 1000. The tests have just started with this new set up.

So far the scientists have been able to calculate what this system can do, and it looks promising. They say their system can operate for 30,000 hours, or about 4 years without changing any parts. It could actually run for 20 years if serviced every 4 years. The solar collector tracks the sun to make sure it picks up as much energy as possible. In fact, on a sunny day the system will make about 1 kg of hydrogen. This is would be enough to power a hydrogen propelled car up to 150kms.