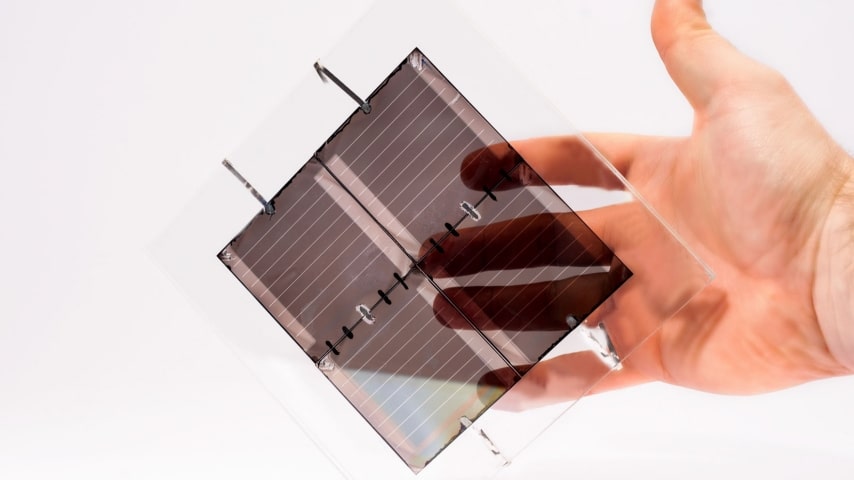 Reports that scientists had been able to achieve energy efficiencies of 25%, for the first time. The research group also consists of partners in the Percistand Consortium.

Prof. Bart Vermang is a coordinator at Percistand and he spoke enthusiastically about the group’s achievement. He said that the cells produced as much as normal silicon cells on a daily basis. But that the upper limit of their thin-film solar cells hasn’t been reached yet.

the upper limit of their thin-film solar cells hasn’t been reached yet. He said that not only are their cells thin but are flexible and can be integrated into roofs and buildings. For the first time, thin-film solar is truly competitive with traditional solar.

The European Horizon 2020 Programme is funding the Percistand research project to the tune of 5 million euros. It’s believed that perovskite and CIGS are the type of thin-film cells that the group has focussed on. In earlier research by members of Percistand, they got efficiencies of up to 17.8%. This was on a 3.76 square centimetre module stack of both perovskite and CIGS (copper/indium/gallium/selenide). On this occasion the test that reached 25%, was on a module of 1cm2. They hope that they can get to 30% within the next three years.

Traditional solar cells typically use a single layer of silicon. Whereas these thin-film solar cells have a layer of CIGS placed on top of a layer of perovskite cells.

There are still some obstacles though. One of them is being able to lay the two materials that form the cells, on each other cost-effectively. But they will definitely get there says Prof. Vermang.

So exciting as it is, we could all be waiting a while to see this new science change our lives. Prof. Vermang says it could be up to eight years though before the technology actually gets to market.