Liquid Fuel From The Sun And Air Is Real 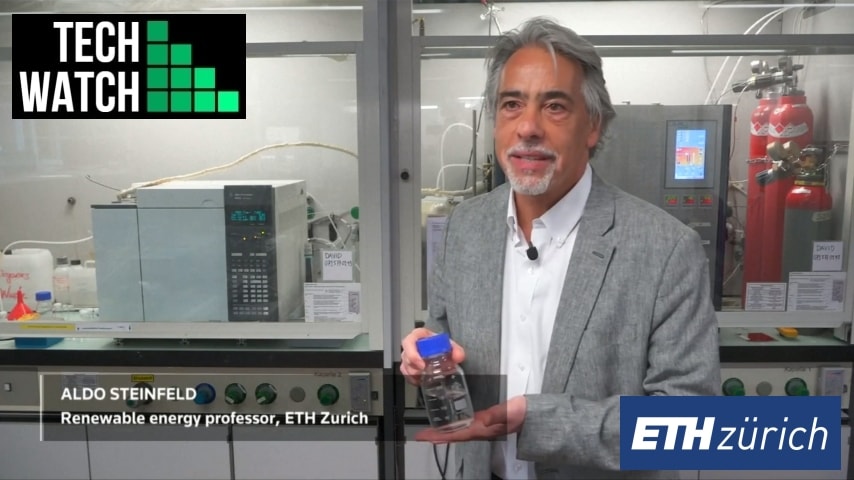 A s I reported here back on May 9, researchers at the EPFL campus in Switzerland had made progress with hydrogen. They are using the Sun’s heat, water and a simple catalyst to make hydrogen fuel. Meanwhile another other Swiss team at ETH Zurich has taken a different tack to make a fuel they call “syngas”. The results are mildly astonishing.

In this case, they are using intense sunlight, water and CO². They have built a mini solar refinery on the roof of their lab. The process uses a large parabolic dish to cast concentrated sunlight onto the collector. This then heats up a mix of water, CO² and a catalyst to create a thermo chemical reaction. The real beauty of this approach is that they can use the ‘syngas’ to make other types of hydrocarbon fuel. We can sort of imagine hydrogen from sunlight and water. But, it would amaze most people to know that the ‘Syngas’ process includes fuels such as methanol, kerosene and petroleum.

This is literally pulling fuel from the air. Its carbon neutral too, because when it burns it gives up the same CO² as when they create it. So, its early days, but it seems there’s hope that this could give us a clean, renewable liquid energy source.

The team is thinking big; they are working on ways to upscale so this energy can power global transport. This would include long haul aviation and shipping. ETH’s work has spun off a Spanish firm, Synhelion, that is working to upscale the process to utility level. They are hoping to make 10 million litres of methanol yearly from their first commercial plant, by 2025.

They have already made good progress at their site in Madrid with financial support from the EU. But as mentioned, its early days and there are some obstacles to jump before ‘Syngas’ can take on the world. The process needs to develop quite a lot though. A plant with the current efficiency would need to be the 2/3rds the size of Tasmania to power global aviation.