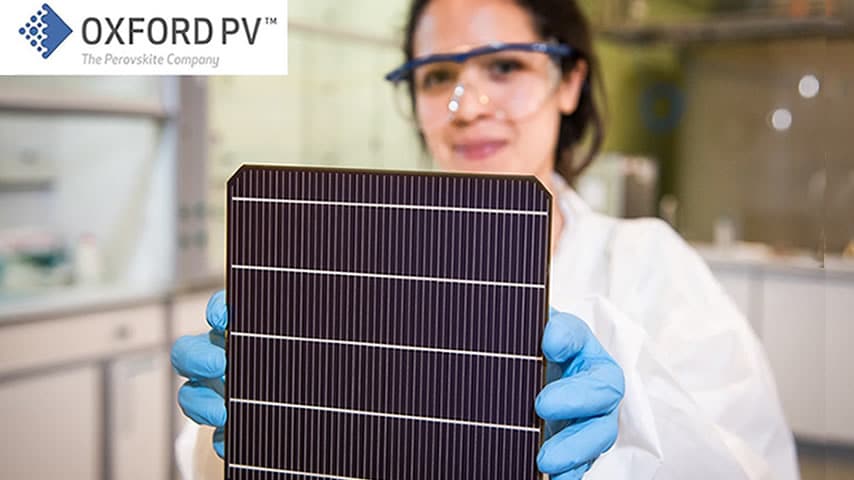 A dvances in perovskite technology continue to excite the solar world. Recent steps in efficiency and durability appear to herald the technology as not just a distinctive branch of solar research, but is actually shaping up to be a major direction or THE direction in the near future.

One of the leaders in the perovskite wave is Oxford PV. They racked up another record for solar efficiency – independently confirmed at 29.52%. This is significantly more than the yield from common silicon cells which is about 20%.

It’s predicted that solar will provide about 50% of global electricity production by 2050. Oxford PV’s method involves taking a silicon solar cell and applying a thin coating of perovskite. A comparison in output between silicon and perovskite shows a massive difference between the two materials. It’s estimated that only 35kgs of perovskite can produce the same amount of power that’s derived from 7000kgs (7 tonnes) of silicone!

Anticipation is brewing with the announcement that solar modules powered by Oxford PV’s cells will be available to the public next year in 2022. The first panels will be for residential applications and it’s expected that buyers will get about 20% more power than from the same number of standard cells. It’s hoped with further work on the technology, that the efficiency will improve even more.

At the heart of the solar revolution

Two of Oxford PV’s top management are Frank P. Averdung who is the Chief Executive Officer along with Dr. Chris Case, the firm’s Chief Technology Officer. They are naturally very optimistic and enthusiastic about the company’s outstanding achievements to date.

Mr. Averdung mentioned the firm is thrilled to be at the heart of the solar revolution. And that right now we are at a tipping point, and that the need to use alternative energy has never been greater. He said that Oxford PV’s technology is critical to accelerate the rate of solar adoption. He is confident they can take the efficiency levels to over 30% in the future.

Meanwhile, Dr. Case points to the 29.52% efficiency of their perovskite on silicon cells. This has been certified by NREL of Colorado, USA. This not only broke the firm’s own records but is the highest attained for any solar material to date. He believes the firm‘s innovative, successful approach will be instrumental in leading us to an all-electric future.

Silicon is the mainstream material used for solar production. However, it is reaching its limits in a practical and economic sense. Perovskite Technology is a material that has similar properties to silicon but at a much lower financial and environmental cost. It can be used by itself or in ‘tandem’ inside solar cells, with silicon to massively increase output at very little cost. According to Oxford PV, a perovskite-silicon tandem solar cell Could exceed 30% efficiency! 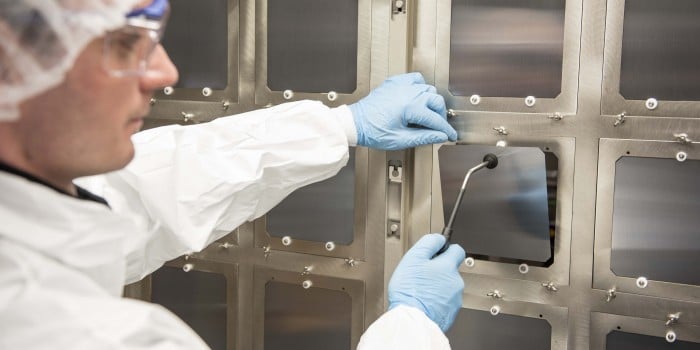 Oxford PV's perovskite technology has set world records for the amount of solar energy a single solar cell can convert into electricity. In July 2021, the company completed construction of its manufacturing site in Brandenburg an der Havel, Germany, which houses the world's first volume production line for the company's perovskite-on-silicon tandem solar cells.

The silicon heterojunction solar cell line is next to the manufacturer of perovskite cells. The joint line will be built in a German factory and production will begin after 2022.

The 100 companies on the Cleantech Group, selected from more than 10,000, are the companies best placed to provide solutions that lead the world from commitment to action, by moving into reneable energy.

According to Frank BAverdong, CEO of Oxford PV, the Global Cleantech 100 Company recognition demonstrates the great potential of Oxford PV perovskite solar cell technology, and the remarkable success of the post-production technology delivery team. Perovskite-on-silicon solar cells pave the way for a new class of high-performance solar panels that generate more energy while reducing solar costs. Oxford PV are proud to join this prestigious list for the second time and look forward to playing a significant role in accelerating the transition to renewable energy.