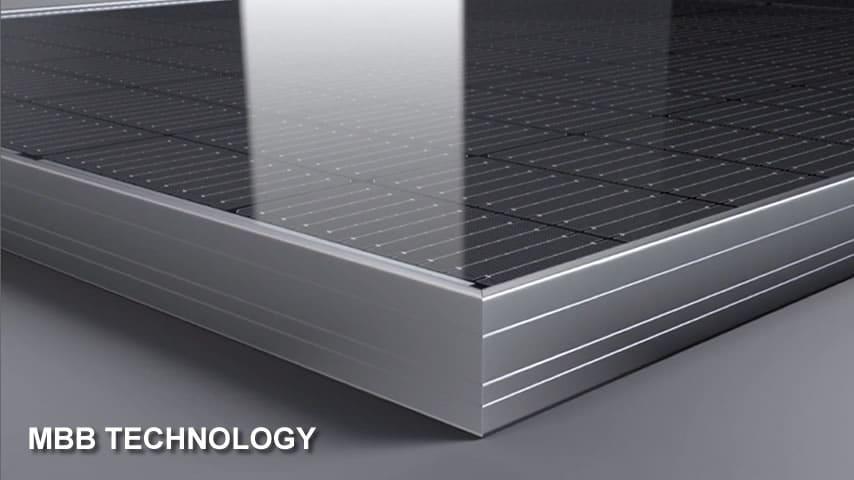 MBB - Multi Busbars and Silver use in Solar Panels

Solar panels with Multiple Busbars are just one of the avenues that researchers are using to tweak more power out of solar cells. As always, keeping costs under control while continually improving their products is one of the driving forces, that’s allowing us to see a steady improvement from rival panel makers. The focus on busbars has helped lift solar cell efficiency and reliability to ever-increasing levels. Along with multi-busbar design, are the efforts to reduce the use of silver in the construction of solar panels, which will be discussed later in the article.

Almost all solar panels use silver in their wiring as it's highly conductive, but a bit expensive. The good news is there are new methods emerging, that can help reduce the amount of silver used in a solar panel, without affecting its efficiency. Lower cost, higher output!

Firstly, what are busbars?

In many cases, you can easily find a busbar (BB), or many of them, on any given solar panel available today. They’re those ‘silver-looking lines that stand out like you know what...

Anyway, within the solar cell, there’s a thin rectangular-shaped strip printed on both the front and rear sides of the solar cell. These are there to conduct the electricity produced by the solar cell itself. These strips are called, busbars. They are often silver-plated strips of copper. This is how they get their ‘silvery look’.

Busbars are like “highways” in a solar panel. They act as the gathering points for the electricity that’s being produced by the panel’s solar cells. They connect the rear and front sides of the solar cell, to form the direct current (DC) power which is channelled away, and finally into the inverter to be conditioned as Alternating Current (AC) power. This AC electricity is then ready for immediate use, storage or out to the Grid as export. 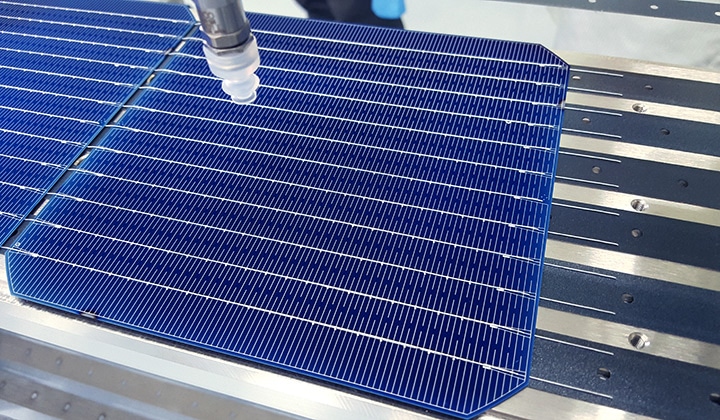 If more BB can be added to the front side of a panel, this will shorten the distance between them. The less distance, the better as it helps lower resistance losses and improve efficiency.

Another benefit of multiple busbars is that they can help protect the panel from micro-cracking. Micro-cracks commonly occur between busbars. So, the effect of these cracks if they occur is limited to a smaller area on the panel itself. This is a big improvement over earlier 2 and 3 BB designs.

These days, multi busbar solar cells are one of the prominent aspects in solar panel design. The minimum number of busbars (BB) found on a solar panel has increased to 6BB from 2BB not so long ago. Several producers have increased their efforts, taking it further to 9BB and even to 16BB on their panels like QCELLS with their Q-PEAK 12BB Series and REC Solar with the Alpha 16BB technology. They are concentrating on panel designs using PERC Solar Cells, utilising the maximum number of busbars in frontside panel contacts. So, many busbars are very good thing when it comes to solar panel design and efficiency.

How much silver take to make a solar panel?

The cost of making solar panels has dropped a lot in recent years, but the sustained use of silver content in them has driven demand for the metal. Therefore, we see the price go up and down quite a bit and it’s this uncertainty that concerns panel makers. With the overall global demand for solar PV panels expected to increase well into the foreseeable future, panel makers are on a quest to get as much silver out of their panels as possible. A multi- busbar approach can help with that.

How do they use silver in solar cells?

A common solar cell has very fine wires on the front. In fact, these “wires” are screen printed with a silver paste, using a process much like the one used to make the design on your favourite t-shirt. There are two types of “wires” – The thicker ones are called “busbars” and the other, very thin ones are called “fingers”. As the wires are very thin, electrical resistance could be a problem. Its at this point where silver with its high conductivity, plays its part to reduce electrical resistance in the panel, and lift efficiency.

As mentioned, the silver is applied in the form of a paste, by before using a screen-printing technique. A 60-cell panel might contain about 8 grams of silver, which in 2022 is currently $.083 per gram, so that’s about $7 of silver in each panel. That perhaps seems to be not a lot, but it soon adds up when you’re talking about hundreds of thousands of panels in a very competitive market. 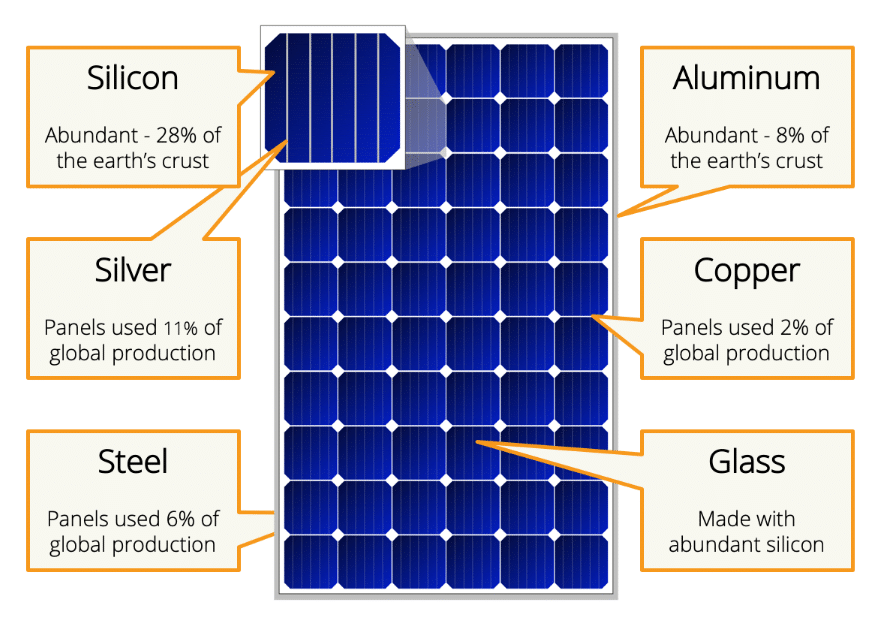 How can they reduce silver content in solar panels?

New techniques are being developed to improve the silver paste screen print method - even thinner than it is now – From 30 micrometres down to 19. This would be a saving in silver content of about 30%, with an improvement in efficiency too.

Take out the silver altogether?

Another way to actually remove silver content entirely, is to use rear or back contact solar cells. This type of design has all the wiring placed on the rear of the cell, instead of the front. One of the benefits of this layout is that with the wires at the back of the cell, they dont block any sunlight.

In this instance, panel makers can also use thicker, cheaper copper wires instead of silver, and this solves the conductivity problems associated with thinner, front side wires. SunPower and LG Solar both make extensive use of copper in their rear contact cell designs. The SunPower Maxeon uses a copper sheet that covers the whole rear of the cell. Copper is still an excellent conductor, but it’s also many times less expensive than silver.

Unfortunately, rear contact cell panels are not as easy to produce, so until improved methods can be developed, this type of product will remain at the premium end of the market. 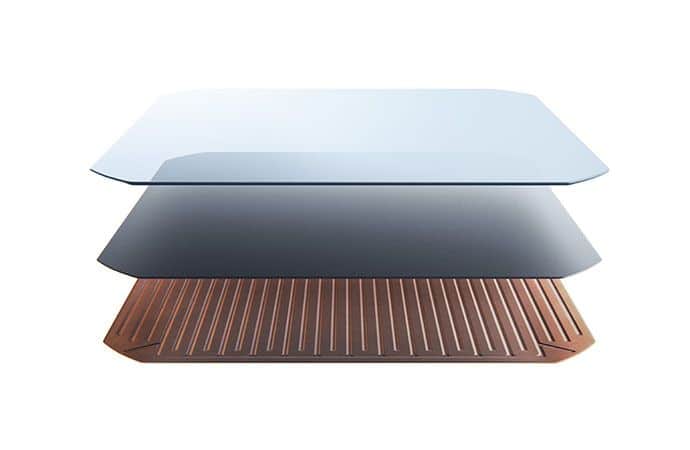