Jinko Solar on the rise, posts 24.2% efficiency for their N type Mono cell 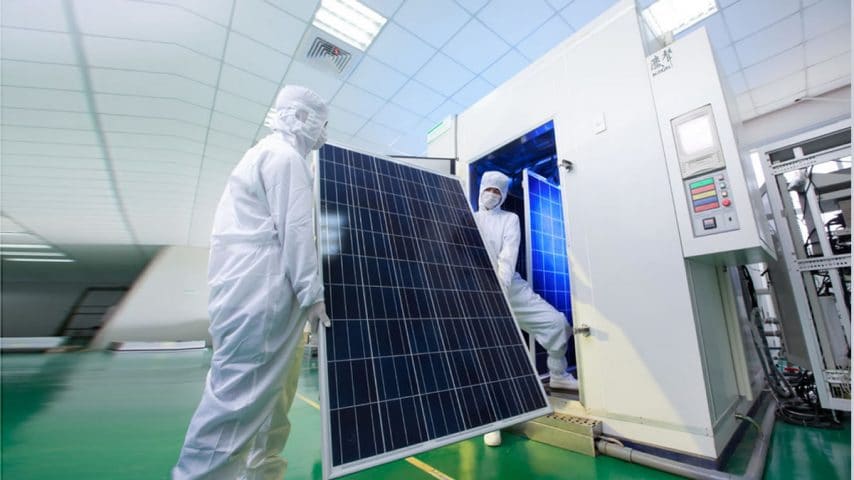 HANGHAI, Jan. 25, 2019. One of the world’s big guns in solar has again set yet another record. Its hard to keep up these days as there are now so many new records coming and going! In this instance, Jinko Solar claims that it has also reached a new level for PV cell efficiency. This was for its N type 'HOT' PV mono cell that is in fact based on its own TOPCon know how.

Also, the firm says that N type HOT technology opens up new ways to create high level products. The PWPS Quality Test house at the Chinese Academy of Sciences (CAS), confirmed the results. The team also used the best N type wafers, doping methods and fine printing methods to get the result.
Jinko said that its N Type HOT tech showed the firm’s abilities against rival companies and their products. And also the HOT cell format made the 387.6 watt record for an N Type 60P module possible. In the same way, TÜV Rheinland Shanghai confirmed that a Jinko module reached 378.6 watts in May 2018.

Jinko, is also one of the big firms of the solar industry and had 10GW of capacity at Q3, 2018. The firm has a good following here in Aussie and this latest announcement can only help build the brand. Recently Jinko joined ARENA in a study so as to find out more about power loss in PV. Some of the others there were the UNSW, the USA’s NREL and also the German Fraunhofer Institute.

In other Jinko news

SHANGHAI, Jan. 29, 2019 . LeTID is the latest solar bogey man that poses a threat to both makers and buyers. Jinko Solar products showed their strength recently in tests done by CAS, IEE and also the WPSQT center. Jinko Solar P type mono PERC solar cells and also N type mono cells were on test. Examined at random on the production lines, they in fact came through well. All products were up to scratch and also showed strong anti LeTID properties.

Jinko has done well to reduce both oxygen and metals in its silicon wafers to combat LID. As a result, Jinko P type mono PERC solar cells performance only went down about 1%. And the N type mono solar cells efficiency only dropped 0.2% during the tests. This is in fact more than 50% lower than the admitted industry average.