Jinko Solar has reached the point where it is one of the World's main PV suppliers. It is in fact a true giant of the PV industry. There are a lot of rival firms, but they can still claim the top spot. The two most popular Jinko solar panels that we review here, are the Jinko 330w / 370w / 390w, Tiger Pro 440W and Cheetah 370W. If you need to find Jinko in Australia they are in Sydney but have a branch in all states too. 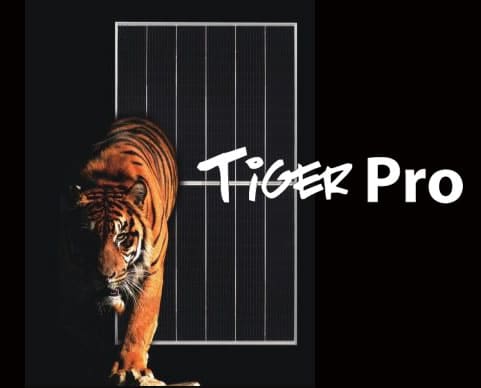 We now have the recently arrived Jinko Solar Tiger Pro 440w panel.
This new series of panel has larger format cells and a unique multi-busbar design called “Tiling Ribbon” (TR) technology. The panel is arranged into 9 sectors that are connected by the new busbar design. It’s a kind of over-lapping design much like a tiled roof, hence the name “Tiling Ribbon”.

This allows much smaller gaps and distances between the solar cells, and increases the flow of power through the panel, increasing efficiency. Jinko created special tooling, to press the segments together. One of the other benefits of this new process is it lowers production costs too, by greatly reducing the amount of lead solder used in a panel. 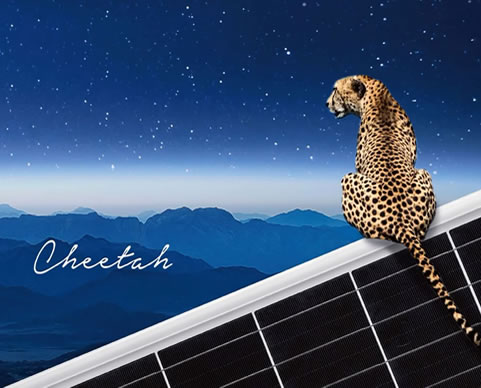 These Jinko solar modules have a new kind of glass and cell surface, but they have a new textured design as well. Due to this, they have great output in low light. So add to that 5 bus bar (5BB) cells, now one of the main trends in PV solar module design. And what you have then, is a very powerful PV kit. It may be a small point, but this gives the module a better look too. And since they are Jinko Mono PERC as well, that means their cells can turn more sunlight into PV power. These panels are in fact quite tough and can take our harsh Aussie weather. You won’t need to use it, but they do come with a 10 year product warranty. While there is a 25 year output warranty too.
Jinko Cheetah 370W Datasheet Jinko Cheetah 330W Datasheet

Jinko Solar Review - So How Did Jinko Start?

Founded in 2006, Jinko produces Solar panels now around the world including Portugal, Malaysia and South Africa too. They are in fact one of the world’s biggest solar panels makers. In this Jinko Solar Panels Review, we look at top market leader - the Jinko 370 watt JKM370M-66H. Jinko has been in the top 3 in Bloomberg’s Tier 1 report for some time. It has 16GW of solar deployed globally. Also, as at 2017, it is in first place in rooftop solar market share in Australia. So good in fact, they have ZERO Power warranty claims in Australia and New Zealand. They also have an office in all states – including the Northern Territory.

The JKM370M-66H 370 watt solar panel, is in fact one of our most popular panel. It has proven itself as a top quality, mid priced panel. There is no need then to spend mega bucks - just get Jinko! We've installed lots of these panels and in fact have never had any warranty or service calls. Tested by Choice and also the CSIRO, these panels come up trumps. Many other panels mostly can only rely on their glossy sales brochures - which are not always true.

Up until now, we have never had any problems due to build quality with Jinko panels. Jinko is a good option to most of the expensive brands. These panels are not the absolute best you can buy, but are many steps higher than others of their kind. These days, they have a large following in Australia. These panels have a 35mm frame which also feels solid and has good rigidity.

Warranty and Service - Indeed A BIG Jinko Plus!

Jinko has a 12 year product warranty and also a 25 year performance guarantee and with offices in every state, you’re unlikely go wrong with great support like this.
INSTANT QUOTE 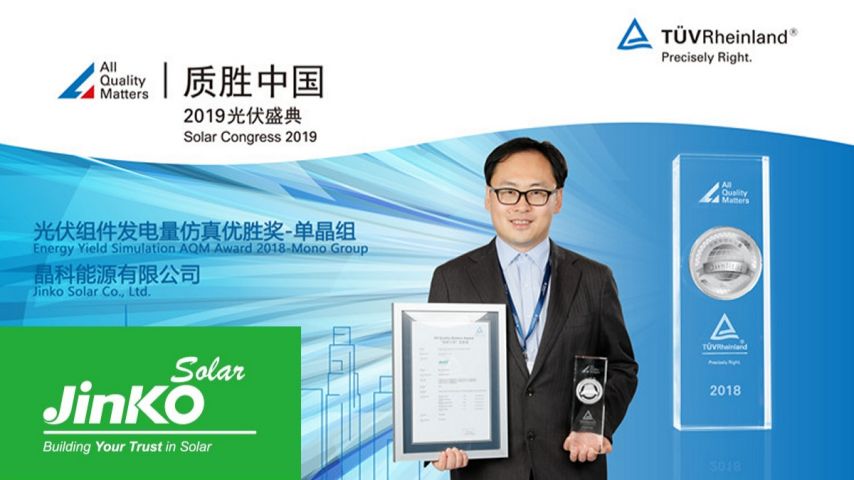